Ten Tips for Navigating an iPhone X without a Home Button

Thanks to Face ID and the loss of the Home button, using the iPhone X is different from any previous iPhone. To help you master the iPhone X’s unique interface, we’d like to share ten tips that we’ve found helpful. You might also share these with any family members who occasionally need to use your phone.

To wake the iPhone X and view the Lock screen, either pick it up and look at it, or tap the screen. To use Flashlight or Camera from the Lock screen, press and hold their icons until you feel a click. To put the iPhone to sleep, press the side button. (If you have an Apple Leather Folio case for your iPhone X, you can also just open and close the case to wake and sleep the phone.)

To unlock your iPhone X with Face ID, look at its screen from a typical reading distance. The iPhone X scans your face and authenticates you. Unlike Touch ID on older iPhones, Face ID supports only one face, so you can’t give face-based access to family members. They’ll have enter your passcode manually, which is always an option for you too, if Face ID doesn’t work for some reason.

Because the iPhone X doesn’t have a Home button, Apple introduced new gestures that make it possible to navigate without the Home button. Most notably, to get to the primary Home screen from the Lock screen, any app, or subsequent home screen, swipe up from the bottom of the screen.

4. Navigating from the Notch

The Face ID cameras and sensors are housed in the notch at the top of the iPhone X’s screen. The notch also provides a handy split to help you differentiate between two important gestures. To open Notification Center, swipe down from the left side of the notch—or from the notch itself. To view Control Center, swipe down from the right side of the notch. (Yes, that’s different from every other iOS device, where Control Center is a swipe up from the bottom of the screen.) The notch occupies much of the status bar area, but you can see the full status bar at the top of Control Center, including the battery charge percentage. 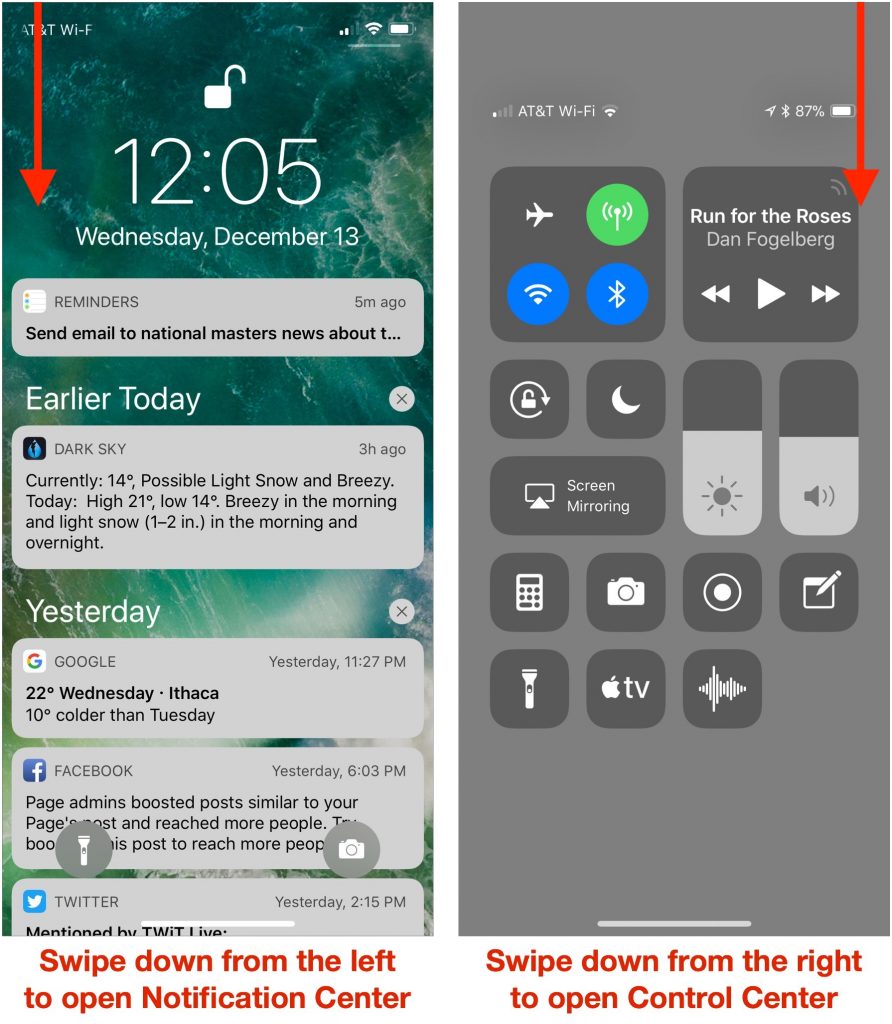 To force-quit an app from

within the App Switcher, long-press its card and tap the minus sign that appears. But remember, you should only force-quit frozen apps; force-quitting apps otherwise slows down your iPhone and consumes extra power.

You can also page through previously used apps by swiping horizontally at the very bottom of the Home screen. 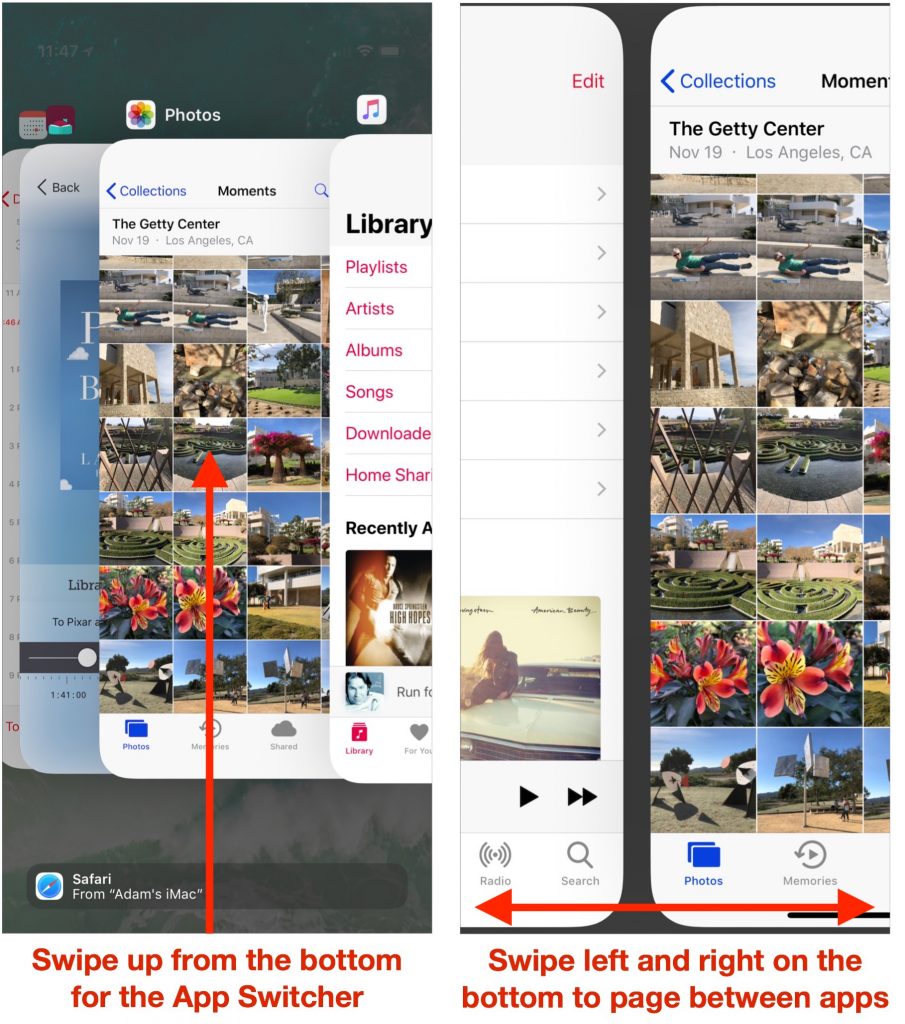 To work with Siri on the iPhone X, press and hold the side button until the Siri screen appears, then talk. Alternatively, just say “Hey Siri” and give your command (Listen for “Hey Siri” must be enabled in Settings > Siri & Search).

7. Checking out with Apple Pay

To make a payment at a checkout terminal, double-press the side button to open the Apple Pay screen, glance at the iPhone to authenticate with Face ID (or enter your passcode), and then place the iPhone X near the payment terminal.

If you’re using Apple Pay Cash, to confirm a payment, double-press the side button.

Arranging Home screen icons works much as it does on other iPhones. Tap and hold any icon until all the icons begin wiggling, and then drag the icons into place. To leave wiggle mode, either tap the Done button in the upper-right corner or swipe up from the bottom of the screen.

You’ll need to learn a new technique for taking a screenshot. Press the side button and the Volume Up button simultaneously. The image of your screen appears in the Photos app, in the Screenshots album. Screenshots are a great way to document problems you want to get help with later.

To turn your iPhone X off, press and hold both the side button and either volume button until you see Slide to Power Off, and then slide the slider. The Emergency SOS and Medical ID sliders also appear on this screen. To turn the iPhone X back on, press and hold the side button until you see an Apple logo. (Note that invoking this screen and tapping Cancel disables Face ID temporarily, requiring your passcode to unlock the iPhone again.)

Sure, the iPhone X may not have a Home button, but getting all that extra screen real estate is a big win, and it takes only a little practice to master the new iPhone X gestures.