Apple’s AirDrop feature works well for sharing a file quickly between two iPhones, such as a party photo or a PDF of a handout. Of course, AirDrop has to be enabled on both iPhones, and it used to be easy to turn it on in Control Center, instead of trying to find it in the Settings app. But in iOS 11, AirDrop isn’t as obvious in Control Center as it used to be. Here’s the trick — to access AirDrop quickly in Control Center, force-touch the “platter” of networking buttons at the upper left. An AirDrop button appears in the expanded version; tap it to access the usual AirDrop controls. (To get to Control Center, swipe up from the bottom of the screen on most iPhones and iPads; on an iPhone X, swipe down from the upper-right corner of the screen.) 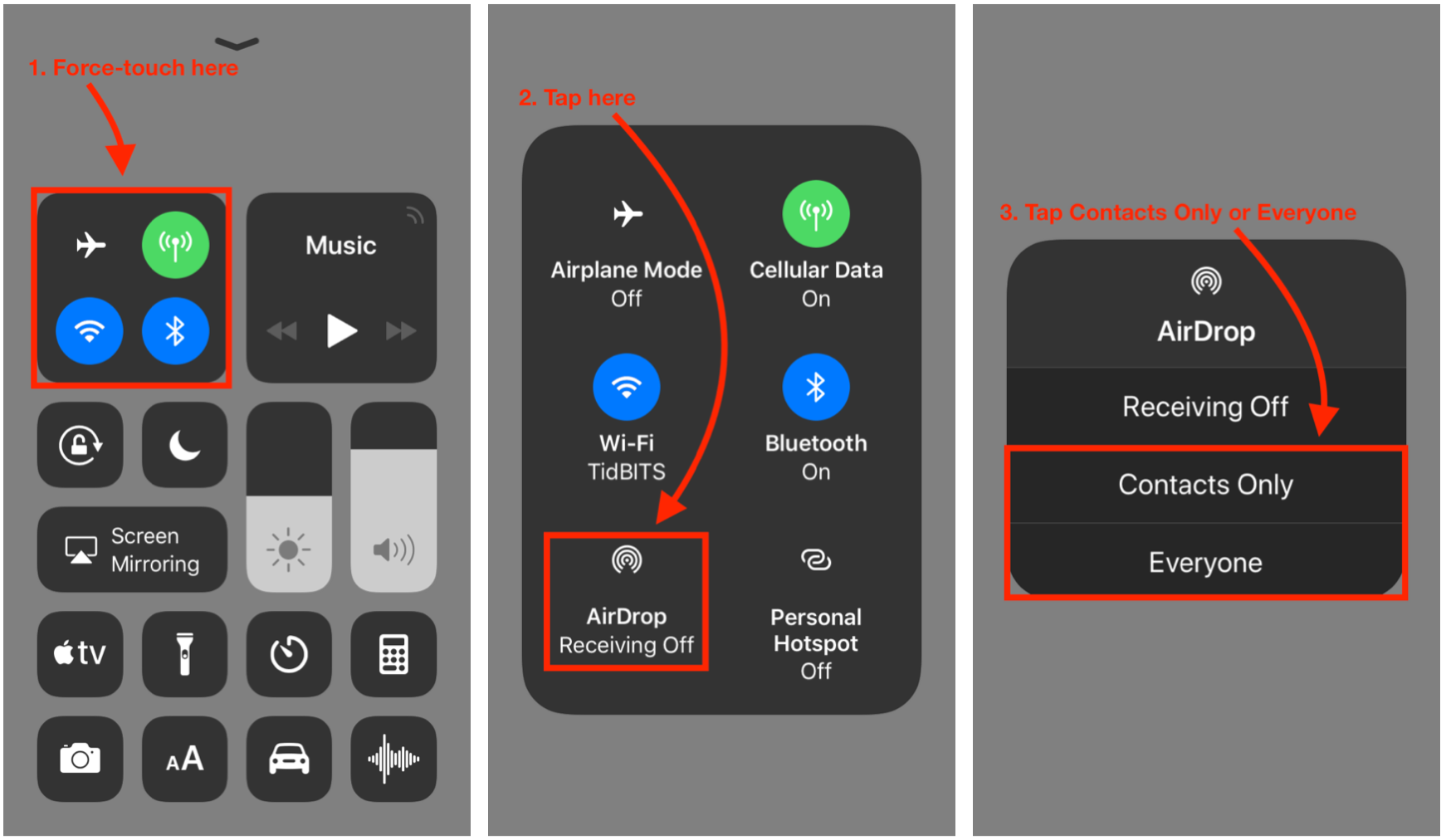